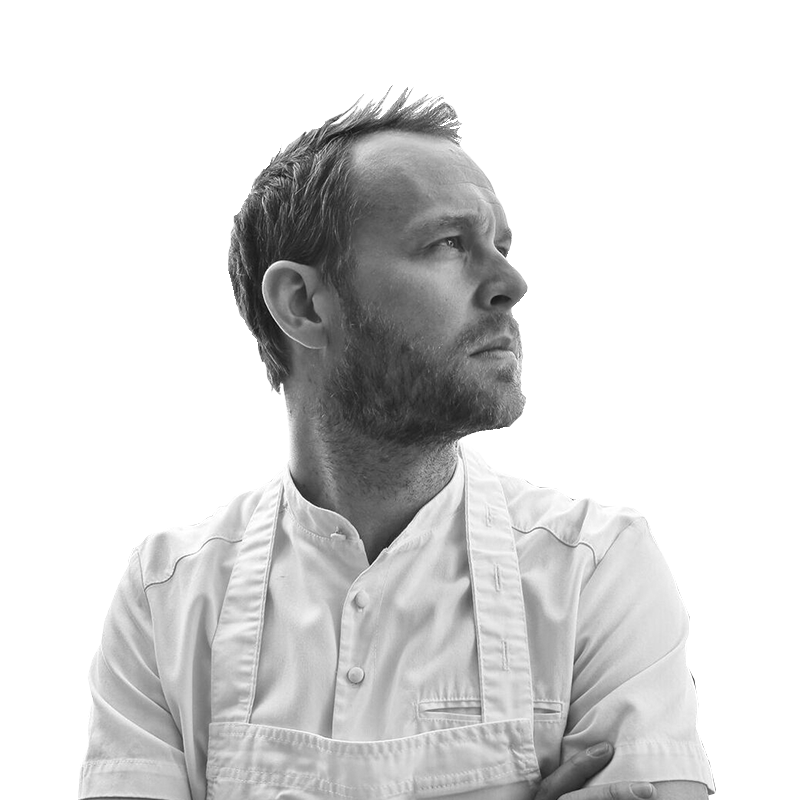 Frantzén started his career as a football player at the Stockholm club AIK. And he would probably still be playing if an injury had not put an end to his career.

Nor was Frantzén either familiar with, or particularly interested in, the culinary arts. The biggest culinary experience of his youth was a steak with Béarnaise sauce and fries.

His first restaurant job in the two-star restaurant Edsbacka Krog awoke his culinary talent. Other jobs followed. Alain Passard taught him the art of cooking vegetables and in Japan he was impressed by the precision, purism and concept of kaiseki.

Even today, his menus are still designed according to this style. The genes of Passard’s cuisine can also be found in Frantzén’s DNA. He also uses Nordic products, partly from own gardens, as well as Nordic techniques. Frantzén has never adhered to orthodox New Nordic cuisine. His cooking has always been open to all types of influences and imported products.

His career as an independent chef began in 2008 with (pastry chef) Daniel Lindeberg in Stockholm’s old town. Between 2010 and 2013, Frantzén/Lindeberg held two Michelin stars and in 2012 leapt into the list of the World’s 50 Best Restaurants. In 2016, now without Lindeberg, Frantzén closed his restaurant, reopening shortly after in a new location. It was a huge success. In February 2018 came the third Michelin star and a flood of 100,000 attempted bookings. The restaurant is constantly overbooked. In addition to FRANTZÉN, the chef now runs other restaurants in Stockholm, Hong Kong and Singapore.