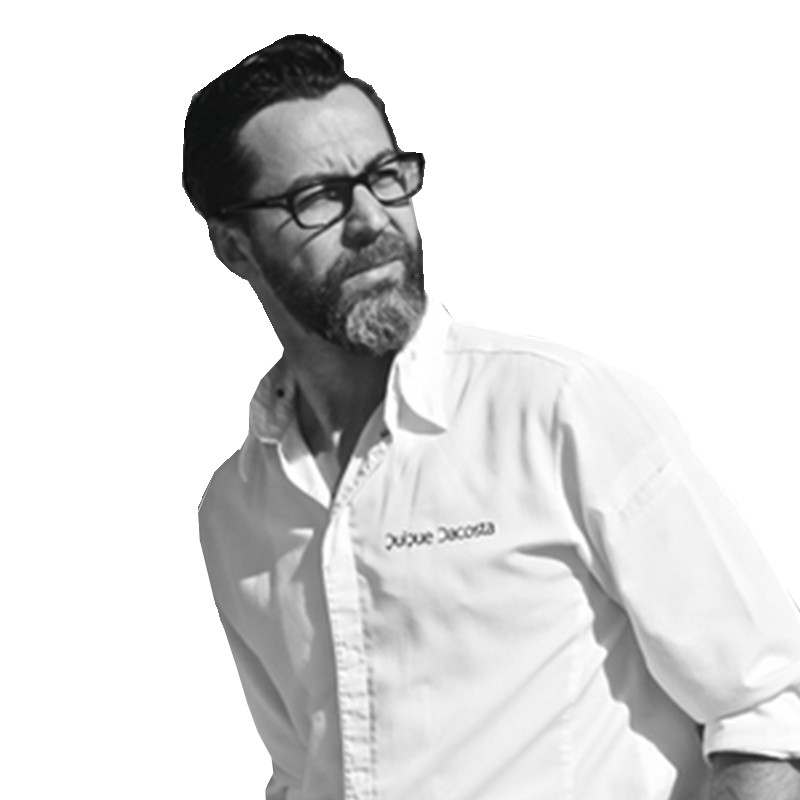 From the roof terrace of his restaurant in Dénia you can overlook the fertile coastline, the nearby hills and the blue Mediterranean Sea. 95 percent of all produce used in the kitchen come from this panoramic region. Squid arms dangle on a laundry stand to dry. The nearby fish market supplies the legendary red prawns and rice thrives on the swampy fields. The career of the genial and talented chef also started in this restaurant, once known as “El Poblet”. He was a kitchen boy, who worked his way up to become owner and world star. Today the restaurant bears his name.

El Poblet was born again; not far from Valencia, where Dacosta runs another restaurant and two bars next to this restaurant. Dacosta’s dishes appear to be simple, but when you taste them, they show unexpected depth and often a fascinating play of surprising effects. His menus create flawless signature cuisine, without any parallels to other chefs’ dishes.

For insiders, Quique Dacosta has ranked among the world’s leading avant-garde chefs for many years: Since 2013, he has been awarded three Michelin stars and ranked among the World’s 50 Best Restaurants. The OAD Lists (Opinionated About Dining) nominated him No. 1. in the same year, and since then he has always ranked among the top ten.