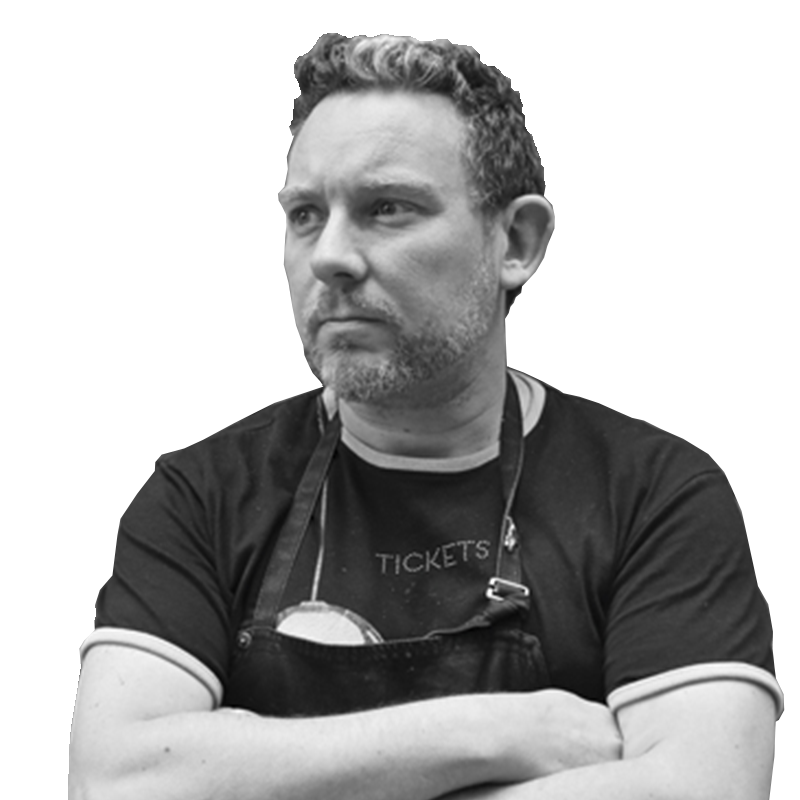 The Empire in the El Bulli Universe

No. 29 / 50 Best, ★,
A restaurant on the Costa Brava, named after the previous owner’s bulldog, had an unprecedented, global and lasting impact on culinary art around the turn of the millennium. The legendary El Bulli. It was the birthplace of what became known as molecular cuisine and training ground for today’s elite chefs Bottura, Redzepi, Aduriz …
A protégé to Maître Juli Soler, Ferran Adrià fronted the restaurant. Albert Adrià, the younger brother, pastry chef and restaurant manager, was his right-hand man. But always slightly in the shadow of the chef, his older brother. That’s just how it goes for pastry chefs. The team announced in 2010 that El Bulli would close at the pinnacle of its success. But this meant only that El Bulli would withdraw from the eatery market. The think tank lives on and is gradually becoming a universe. Here, roughly 70 people work on restaurant concepts and a lexicon. Albert Adrià, awarded the accolade ‘World’s Best Pastry Chef 2015’, has experienced a stellar development compared with his previous role. Today he is the driving force, the manager and developer behind Restaurant-Unit el Barri, which owns six concepts in Barcelona alone. Spanish, Mexican, Nikkei food. The small gourmet restaurant Enigma opens this year. First in line is the Michelin-starred restaurant tickets. no. 42 in the world’s 50 best eateries. A gaudy, lusty, loud tapas bar with honky-tonk flair. Adrià’s management style is truly unique. Every day he makes the rounds of all his restaurants, tastes all the dishes and demands that the chefs keep meticulous records. All of them are posted to the cloud.