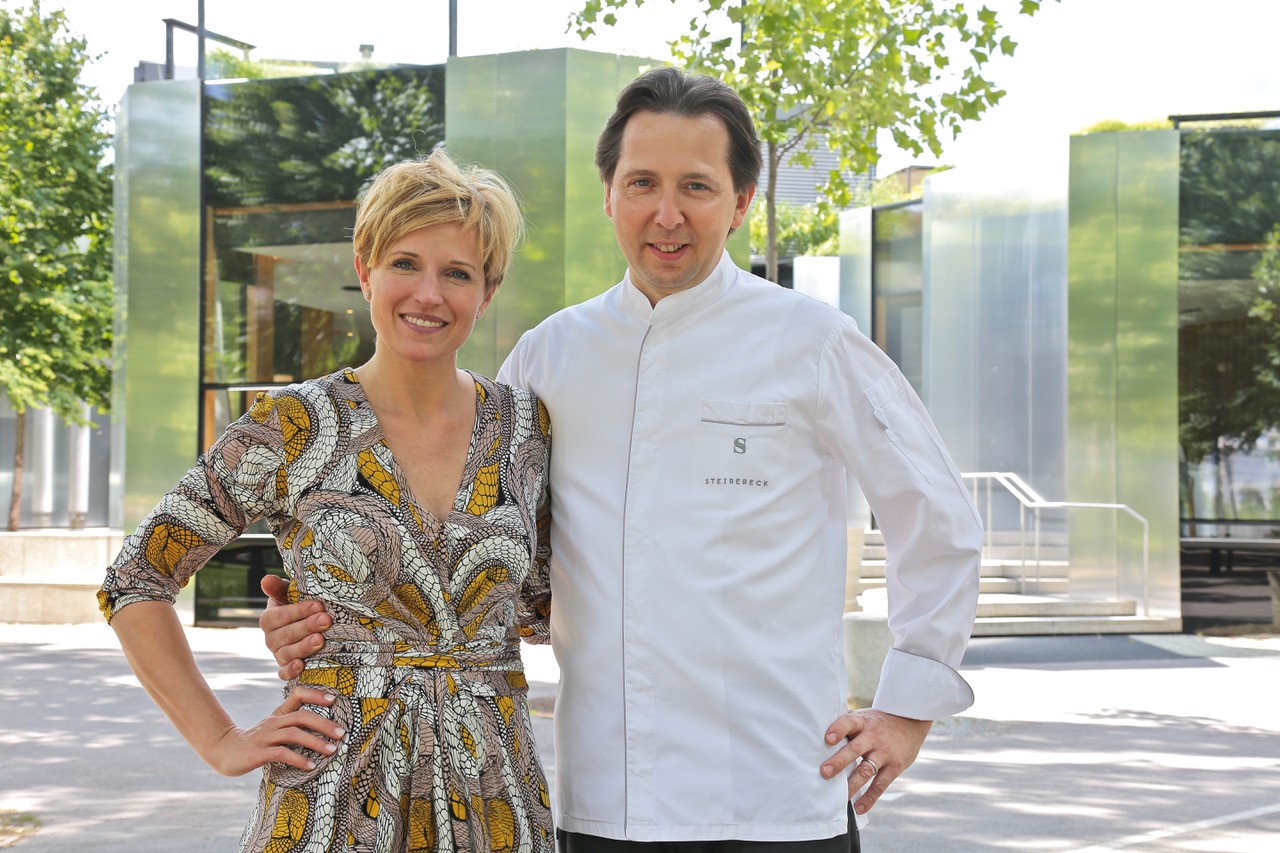 Heinz Reitbauer is undisputedly the most internationally known and respected representative of Austrian gastronomy. Together with his wife Birgit, he leads their flagship, the stylish Steirereck behind a polygonal mirrored pavilion in the Vienna City Park, to sensational honors again and again. In 2013 and 2016, the couple achieved ninth place in the top ten of the world’s 50 best restaurants.

Reitbauer’s kitchen is based on Austrian traditions and is innovative and future-oriented at the same time. It shows the potential of the country with its enormous biodiversity and Heinz is committed to promoting this sustainably. But that’s not all. There is a lively transfer of goods and know-how between the Steirereck in the city park, the Meierei second restaurant in the basement and the Steirereck branch at Pogusch in Styria. The parents, the real tavern legends Margarethe and Heinz Reitbauer Senior, withdrew to the property on the Pogusch after they had handed over the management of the business to their son in Vienna. Heinz and Birgit work on the Pogusch almost every weekend. Whole animals, for example, are processed in the idyllic Styrian countryside. Their B-Cuts and innards are on the menu as inexpensive, uncomplicated and tasty traditional dishes, the A-Cuts are brought to the Michelin-starred restaurant in Vienna.

At the Pogusch you are surrounded by nature and enjoy it holistically. Water comes from the house source, beer is brewed at home, and you choose your own wine in the wine cellar. And guests can spend the night in original rooms or tiny houses.

A concept that relies entirely on sustainability.