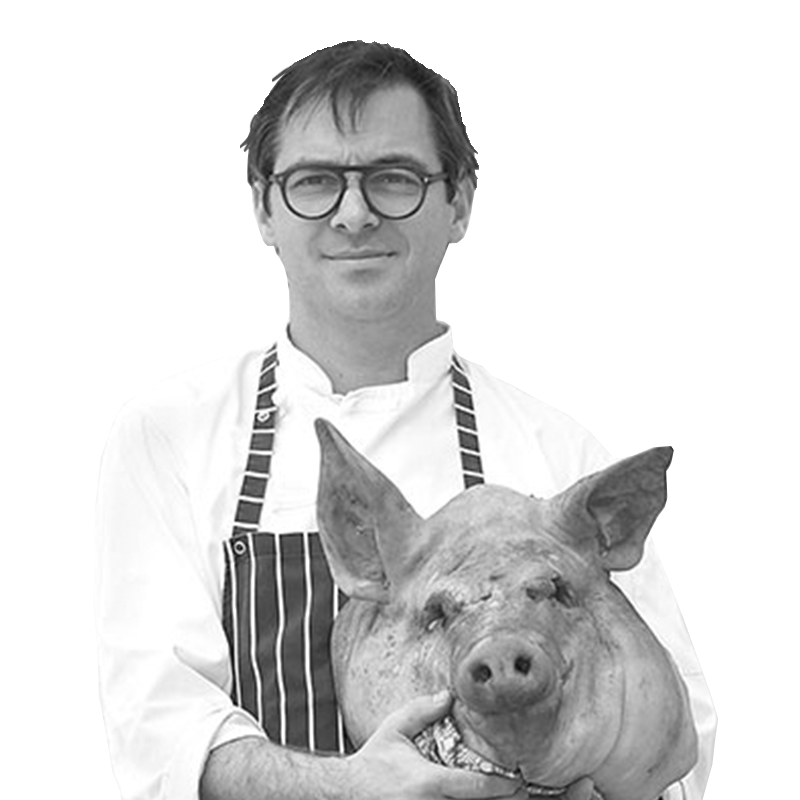 Inner qualities.
Or the art of cooking offal.

Zeljiko Raskovic was born in Slovenia in 1980. At the age of six, he came to Salzburg, where he later began his culinary training. His teacher called him Max and added Stiegl, the name of his favourite brand of beer.

After that Max Stiegl remained the chef’s professional name, even when, at the age of 21, he became the youngest chef in the world to receive a Michelin star for the restaurant Inamera.

One of his regular clients at the time offered him the opportunity to purchase Gut Purbach, a winery he had bought in Burgenland, to run as a restaurant. Stiegl’s own financial background being fairly modest, he did exactly what used to be simply a matter of course for an inn. He buys whole animals and sells them in their entirety, cooking them himself and making soups and meat stocks from whatever is left behind. He rears his own goats and grows his own vegetables. In autumn, his cellar is filled with preserves and jams.

Max Stiegl has become famous as a result of his talent for appreciating the more unusual parts of animals and their offal and using them to create delicious dishes. Udders, testicles, intestines, tongue, spleen and fish sperm can be found on the menu alongside traditional cuts.

Gut Purbach, with its restaurant, hotel and winery, is now a model company in Burgenland and also acts as a showcase for its products. Everything that Stiegl prepares is shaped by the land surrounding the estate.