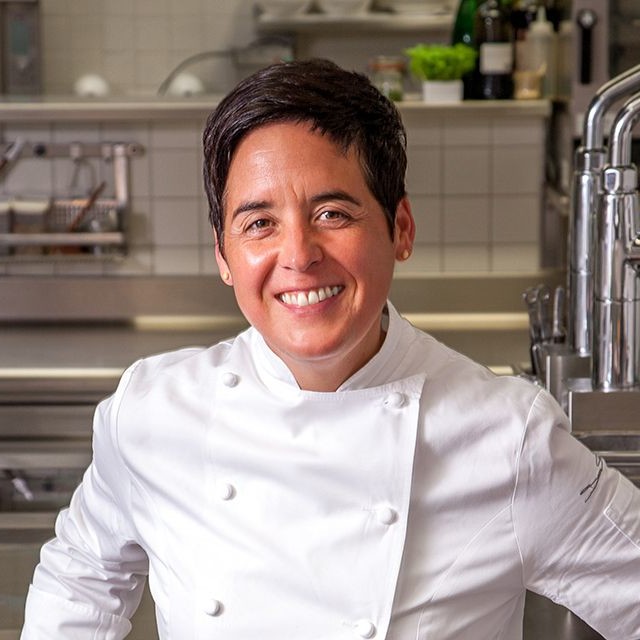 Germany’s front woman
Douce Steiner is on one hand Germany’s most decorated chef, and on the other hand she is an ambitious activist for improving the situation in the catering industry. She fights to ensure that the achievements of the kitchen and services are fairly rewarded and respected. A modern work-life balance is also important to her. What she implements to this regard in her restaurant is something she would also like to see in other businesses.
Douce is the daughter of Hans-Paul Steiner, who opened the restaurant in Sulzburg in the regaion of “Markgräflerland” in 1980. She received her first name from her French mother. Douce completed her cooking apprenticeship in her parents’ business, which was awarded two Michelin stars. Then her path led her to Georges Blanc, to Fritz Schilling and to Harald Wohlfahrt. There she met her husband Udo Weiler, with whom she now shares the kitchen. In 2008, the two took over the Hotel Restaurant Hirschen. The second Michelin star had burned out by then, but Douce brought it back. Of the more than 300 Michelin-starred chefs in Germany, not even 10 are women. Steiner is the only one with two stars.