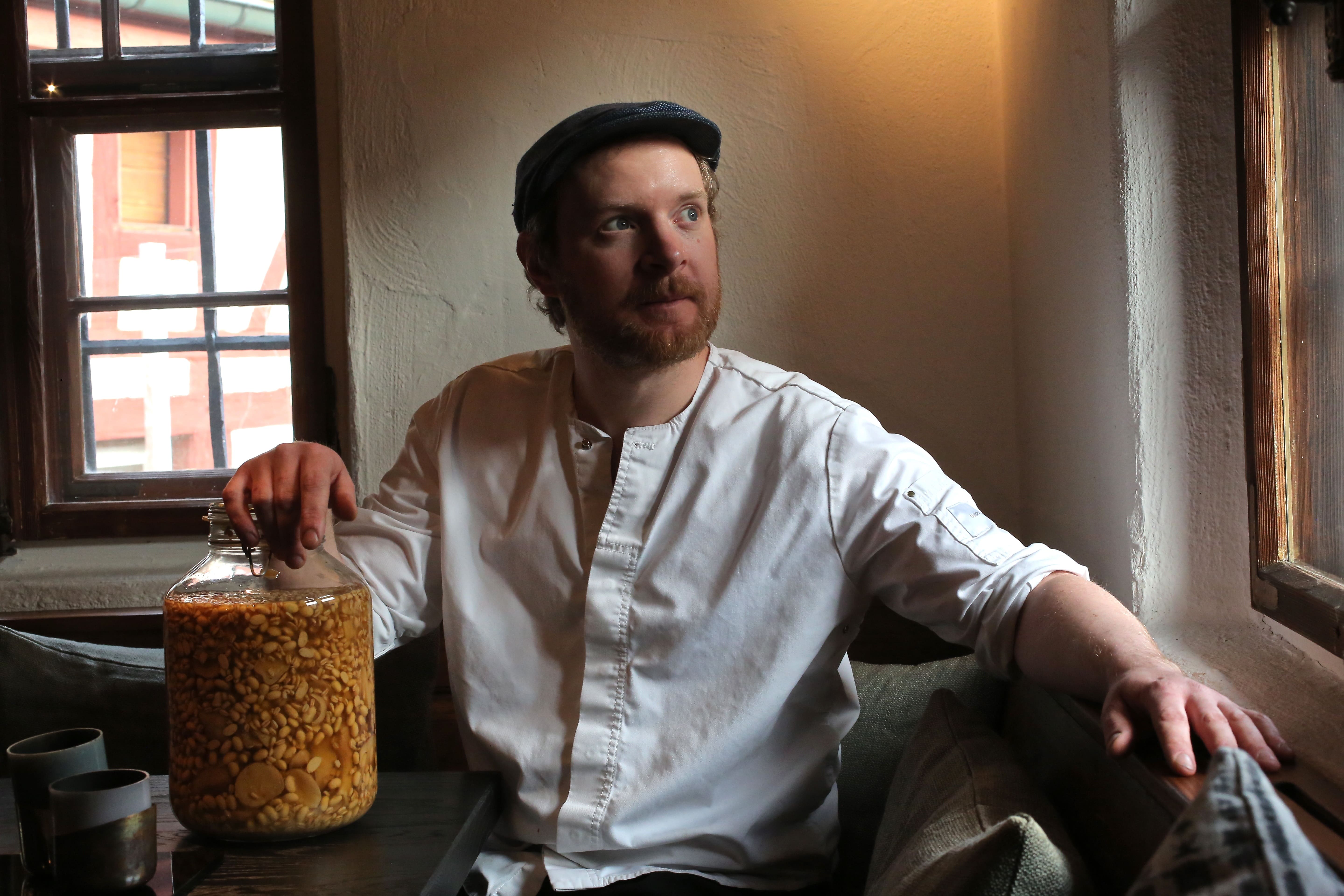 ETZ (let’s) get it started.

During his time as head chef at the former Aumer’s La Vie restaurant in Nuremberg, which received a Michelin star under his leadership, Felix Schneider began to be interested in old common types of vegetables and fruits and started gardening.

In 2015 he moved to Jens Brockerhof’s group of companies as head chef at the Sosein restaurant in Heroldsberg just outside Nuremberg. Here he implemented more and more avant-garde natural cuisine that consistently worked with regional products. He developed a distinctive style with which he quickly gained fame. The Michelin honored him with two stars. But Felix and his team wanted more, the concept was still too timid as it was, had the character of an experiment.

Schneider wanted more personal responsibility, more courageous and more stable progress. The shutdown provided time for reflection. It should now be a new restaurant of its own. And it will be called ETZ, in Franconian for now. ETZ is time to act, ETZ is time to change direction. And Schneider’s entire Sosein team is there. Team spirit is an incredible value, said Schneider. The ETZ is initially housed as a pop-up for one year in the Bindergass counter, an event location in downtown Nuremberg. An old butcher’s shop serves as a laboratory and production facility. The opening is planned for September 1st. Sosein-DNA will certainly still be found there.