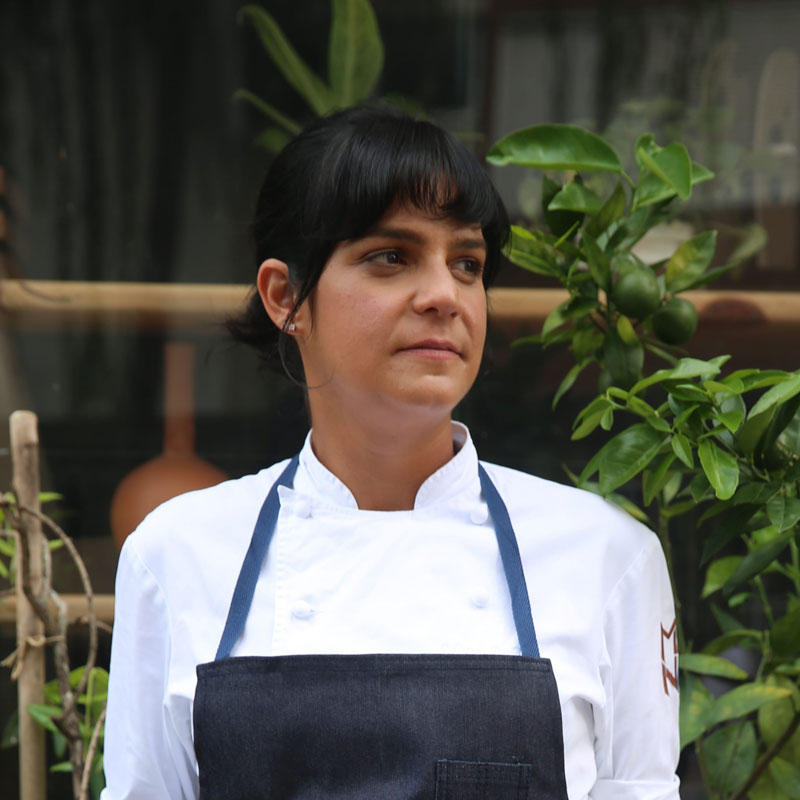 Fight for a better world

The facade of her restaurant is sprayed with bright colors. Floral-looking shapes that were once associated with the hippie movement. And something of this spirit lives on in the young chef and mother of two. In her hometown, she made waves not only in culinary terms. She put Curitiba on the travel map of food journalists and gourmet tourists. “One To Watch” of the World’s 50 Best Restaurants and one of the best 50 restaurants in Latin America.

As a committed campaigner for a better environment, waste reduction and improved nutrition, she changed Curitiba. There she introduced urban gardening on a large scale. Parts of the city have turned into green oases from which the population can even live. Furthermore, waste prevention is one of their concerns. Not only in her own restaurant, she implants this message in children and, above all, in the poor population, who have completely different worries in their daily struggle for survival. Just like her former teacher René Redzepi, Manu has created her own local network of producers and hunts through meadows and forests for something useful for her kitchen. The ‘50 Best Awards’ are important to her, she says, because she finds a mouthpiece for her messages.