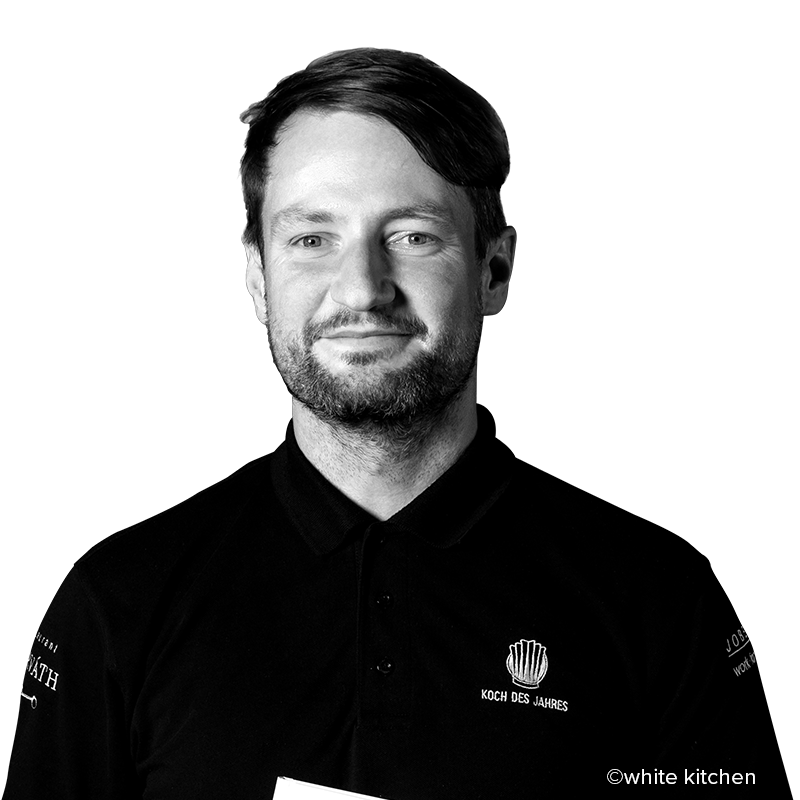 The culinary art of the normal

In 2018, Madrid Fusión named him Best European Chef and Michelin has already awarded him two highly-deserved stars. It is good for him, his restaurant and for Berlin. Frank therefore ranks among the top international chefs but, if you want to play on this level, you need your own distinctive, culinary profile. Frank knows how to produce astonishing dishes beyond the luxury league from ‘normal’ products. It requires skill, understanding of the food and inventiveness. This is how dishes like ‘Ripe and young celery’, the ‘Winter raw food plate’ or ‘Fairy ring mushroom, soup fat foam and ham caramel’ are created. Sebastian Frank was born in Austria and, in 2010, he became head chef of Horváth restaurant’s kitchen in Berlin. It was a well-known place that previously caused a sensation as a celebrity/artist restaurant under the name, ‘Exil’. A year later, Frank received his first Michelin star there. In 2014, Frank took over the restaurant together with his partner and significant other, Jeannine Kessler. The second star followed in 2016.